Getting creative with ingredients in the fridge.

The other day Charlie was out shopping and came home with two enormous pork chops he’d found on sale. Then he remembered that we were making pork tenderloin that night for church supper. I suggested we freeze the chops for later use, but he said he might grill them over the weekend so we left them alone.

That was one week ago.

Of course time got away from us and last night when I pulled them out for dinner, they smelled disgusting -so into the trash they went. Lesson learned. (Next time, put the meat in the freezer.)

This is the kind of thing that usually lends itself well to creativity, because at this point, it’s too late to defrost something else. I knew we had some ground chicken in the fridge. Don’t ask me why I bought it or why I didn’t freeze it. It was just one of those purchases that was absent-minded. Charlie questioned me about three times as to to why in the world I would want ground-chicken. I dunno. It was cheap and it’s lower in fat than ground turkey.

So what to do with this mysterious ground chicken? (Okay it’s not mysterious, but it sounded good.) One of my favorite apps lately is my Yummly app. I opened it, typed, “ground chicken” into it and poof, recipes started appearing. We happened to have tons of cilantro and loads of limes around so I settled on cilantro lime chicken burgers. Of course, I tweaked the recipe to suit my own tastes.

I am here to tell you this is a keeper. Those burgers were not only delicious and tangy, but they stayed moist. You wouldn’t imagine something as mundane as ground chicken would be tasty but it was and so, we will be repeating this again in the future.

One other thing: Ground chicken runs about $3.99 per pound. Cilantro is always in season and can be found for $.99 a bunch. Limes are equally as inexpensive. This is all to say if you are on a budget and also happen to be counting calories and fat grams, this meal was awesome. If you are solo, you can eat one and freeze the other three for easy microwave lunches!

Yes, I know this is unlike any of my usual posts! I’m switching gears a bit for a change and everyone should know by now that I am obsessed with food! 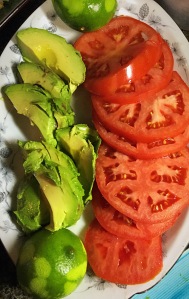 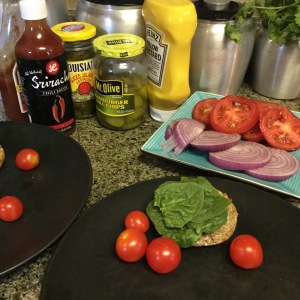 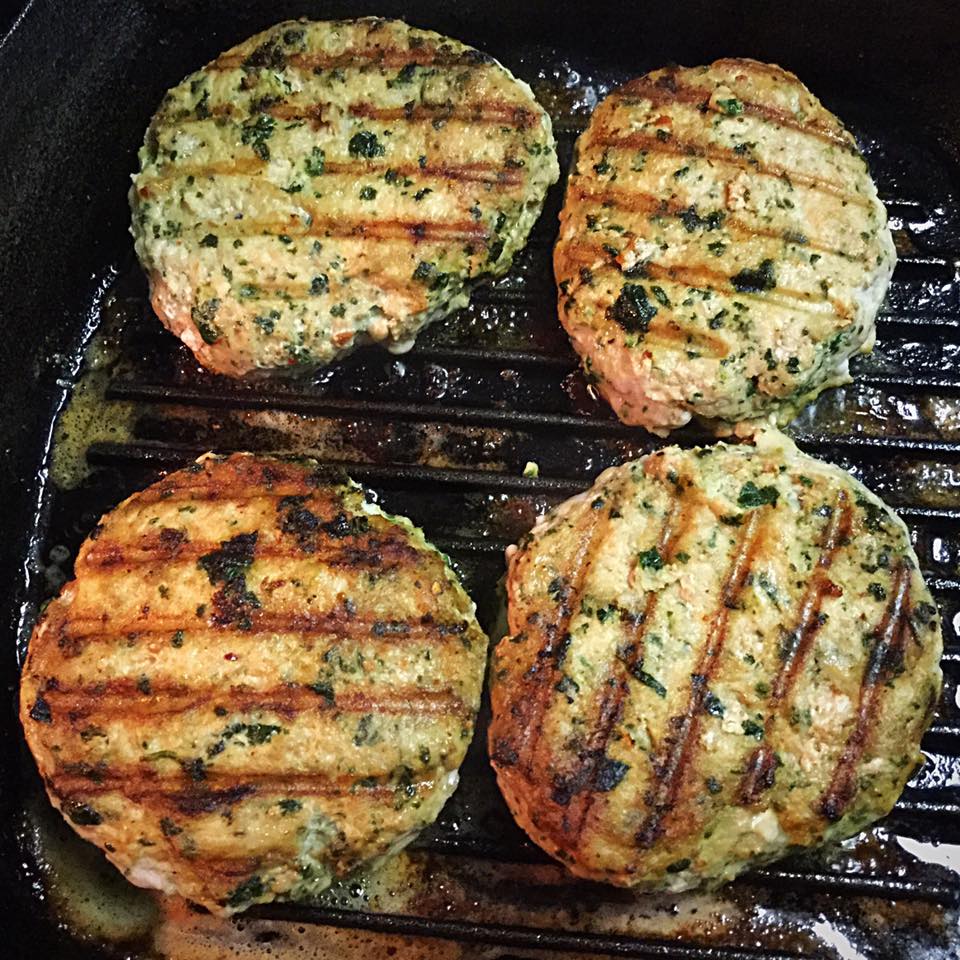 Mix it all together and form 4 patties.
Heat a cast iron skillet (I use a cast iron grill pan) to medium high.
I use olive oil and butter to coat. (@2 Tbsp olive oil, 1 Tbsp butter)
4 to 5 minutes each side.

To make this super healthy we serve these with Ezekiel Muffins (found in the freezer section of the health foods section of your grocery store) and we dress them with either spinach or kale leaves, red onion, mustard an tomatoes. Occasionally we slice up an avocado, too. Pairs wonderfully with roasted zucchini & yellow squash.

I'm just a person. I've been a mystic sharing inspirational experiences and stories my entire life. This blog is a personal experiment in self reflection and expression with a few recipes sprinkled in for good measure. (I've always got something cooking!) View all posts by Bobbe